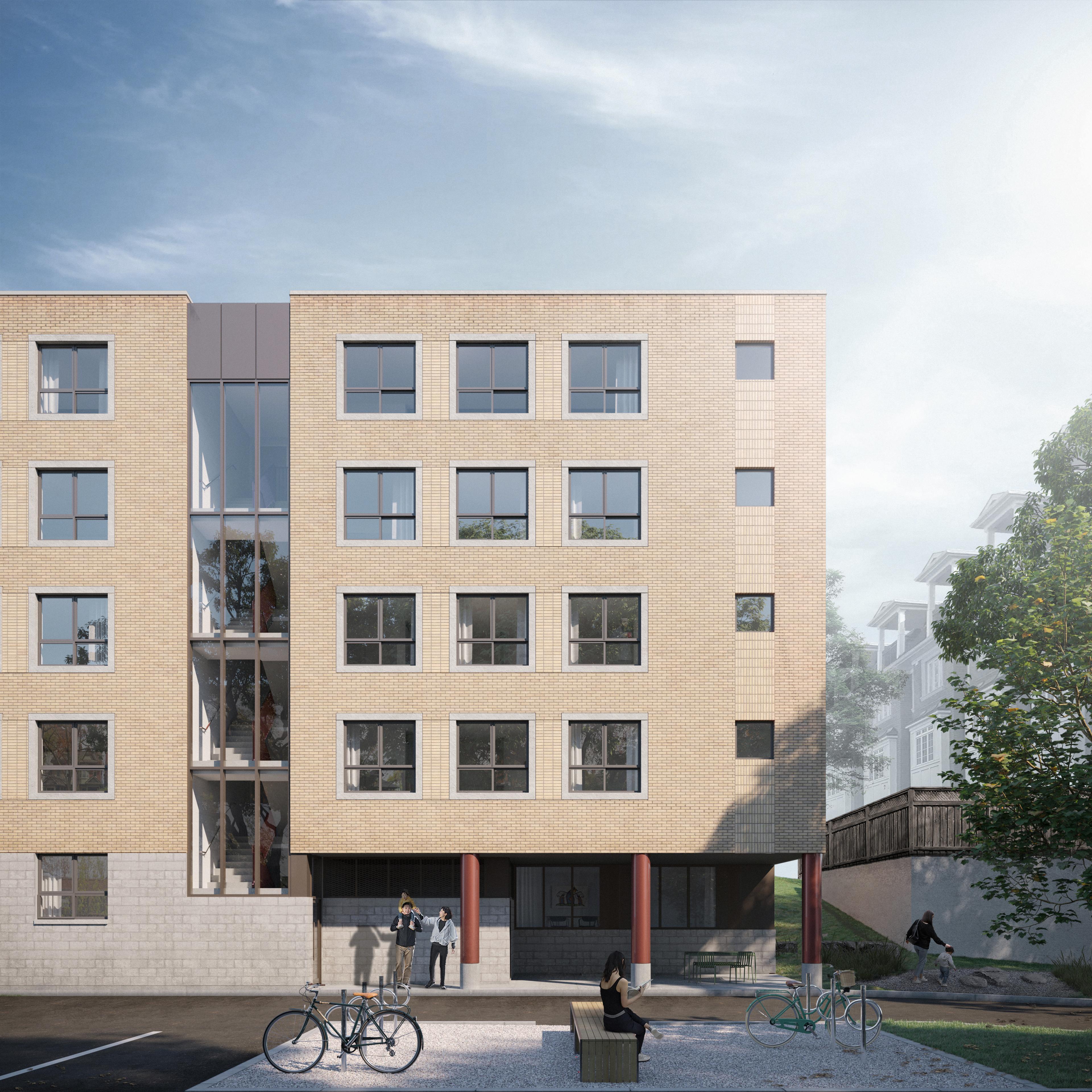 Akwa Honsta is a non-profit housing company that provides Rent Geared to Income and market apartments to members of the aboriginal community. They currently operate two apartment buildings in Toronto’s east end, with a total of 117 units. The two buildings are situated on an irregular shaped property, fronting two streets, Kingston road and Edgewood avenue, with ample parking in between.

The organization was successful in receiving a grant from the City of Toronto’s Open Door Affordable Housing Program, and we were asked to design an extension to the larger apartment building, 136 Kingston Road.

The existing building is three storeys, with a basement that has a walkout at the rear. The parking lot is underutilized, with less than half of the spaces occupied. By repurposing some of this area to extend the building, it was possible to add a significant number of new rent –geared-to-income apartments, with minimal impact to the building's surroundings, or it’s current residents.

The surrounding neighborhood consists of mostly single family homes and low-rise apartment buildings. To work within this context, the existing building height and setbacks were used as a guide. Although the apartment building is long, its comparatively narrow street frontage hides the full scale of the building well from the sidewalk. The new addition will be almost invisible from the public realm.

By taking advantage of the topography at the rear, we were able to add a new lower floor level, with additional suites and common area. It also helped us to create a more engaging entrance, connected to a new landscaped amenity area.

The building does not currently have an elevator or barrier-free entrance. Both will be included in the new addition. Also, of the 28 new and 8 renovated suites, 25% will be barrier-free. The suites are a mix of 1 and 2 bedroom layouts.

The design of the extension takes cues from the existing 1950’s building, with a restrained material palette and modernist details.